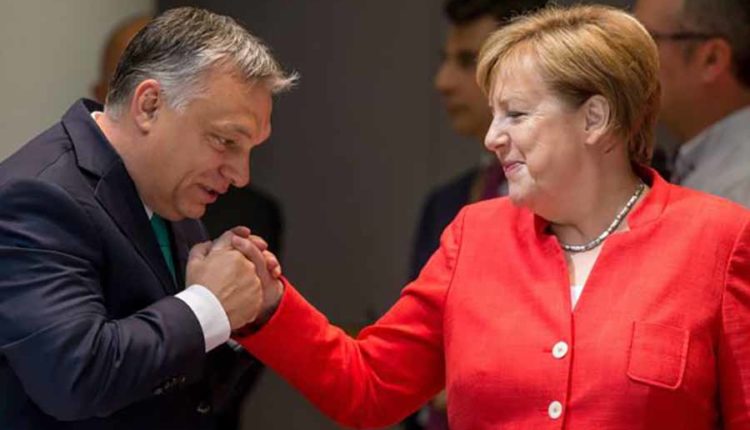 The Chancellor and one of her greatest critics: in the Hungarian city of Sopron, she has brought together a historic moment. Viktor Orbán sought better relations.

On the 30th anniversary of the opening of the border in Hungary, Chancellor Angela Merkel honoured the Hungarian contribution to the fall of the Berlin Wall. At a ceremony commemorating the “Pan-European Picnic” in the Hungarian town of Sopron, Merkel said that the opening of the border in 1989 mirrored the values ​​of solidarity, freedom, peace and a “human Europe”.

During a joint press conference with Hungary’s Prime Minister Viktor Orbán, she said that the cross-border picnic of 19 August 1989 had been “an essential building block for the unification of Europe”. Germany will not forget Hungary’s contribution.

About 600 holidaymakers from the GDR had used the picnic organized by the Hungarian opposition and the Paneuropa Union spontaneously to flee to the West through a temporary border gate. The Hungarian border guards had not intervened.

Sylvie for vacation: “That makes me nervous.”