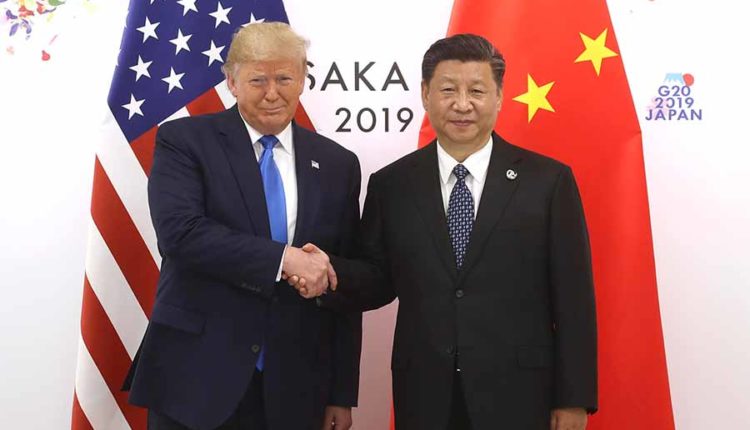 The US has passed a law to sanction human rights abuses to support the protests in Hong Kong. The rulers in China that do not fit.
The Chinese government is determined to prevent US President Donald Trump from signing the US Congressional bill to support the pro-democracy movement in Hong Kong. Beijing also uses very clear diplomatic signals.

One day after the victory of the opposition Democrats in the local election in the Chinese Special Administrative Region, the Foreign Ministry ordered US Ambassador Terry Branstad, the Xinhua News Agency reported. Vice Foreign Minister Zheng Zeguang had expressed the displeasure of his government about the project.
China demands of the US president that he veto – and threatens otherwise with “harsh countermeasures”. If Trump does not sign the laws, he could still be overruled with a two-thirds majority. The proposed law threatens economic sanctions by depriving Hong Kong of its preferential treatment of US economic and trade policy to China.

There are annual reports from the State Department on whether Hong Kong is still sufficiently autonomous from China to justify preferential treatment further. Civil rights should be given special consideration.

The draft also provides for the President to impose sanctions on individuals held responsible for serious human rights violations in Hong Kong. Another bill prohibits the export of tear gas, rubber bullets, water cannons and handcuffs to Hong Kong police.

Last Wednesday, the US chargé d’affaires had already been summoned while the ambassador was still travelling. Despite fierce opposition from China, the US House of Representatives and the US Senate had almost unanimously passed two bills in support of Hong Kong’s democratic forces. It is eagerly awaited whether Trump will sign the regulations so that they can come into force.