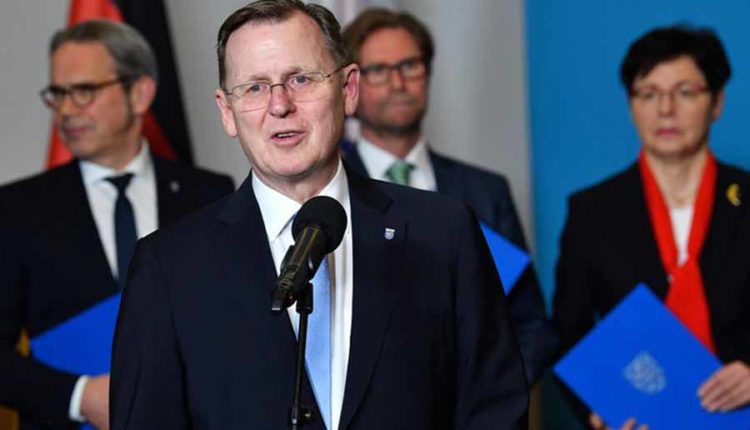 The parties in Thuringia no longer want to be driven by the AfD. According to the new prime minister, this was agreed before the first state parliament session.
One day after his election as Prime Minister of Thuringia, Bodo Ramelow (left) announced a “new form of cooperation” between the parties in Thuringia. “The four parties CDU, SPD, Bündnis 90 / Die Grünen and Die Linke will no longer be driven by the AfD,” he said in the ARD morning magazine. This key sentence was agreed by these parties. You have to learn to go a new way.

“I call this the Thuringian Way,” said Ramelow. There would be no standstill in Thuringia. According to Ramelow, important projects such as a new state budget and investments for municipalities have already been agreed with the CDU.

Ramelow’s red-red-green minority government has 42 of the 90 seats in the state parliament and is therefore dependent on the support of the CDU or FDP parliamentary group with at least four votes. The CDU rejects a firmly agreed tolerance or toleration, but sees itself as a “constructive opposition”. For example, the minority government of Ramelow and the CDU had agreed on a “stability pact”, which should ensure project-oriented cooperation until the new elections in April 2021. “I am counting on the support of the democratic groups in this high house,” said Ramelow after his election.