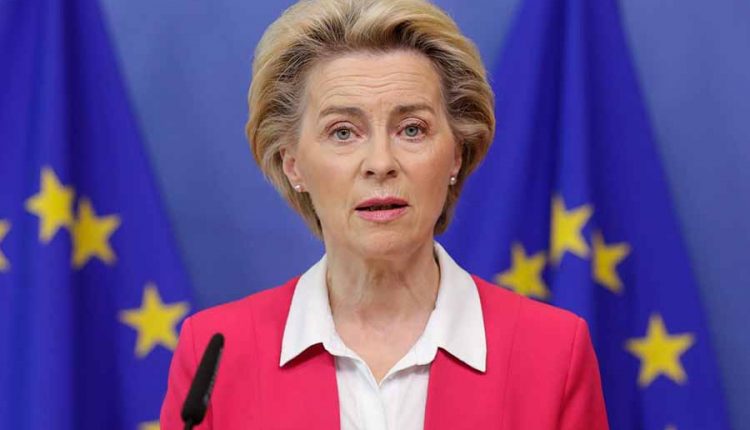 The European Parliament is about to ratify the trade treaty with Great Britain. Ursula von der Leyen warned the partners in London.
The European Parliament prepared for the reception of the economic deal finished up with Great Britain. Representatives from all political groups emphasized the need to put the relationship on a new footing after Brexit. After violations by London of the exit agreement, which was already in force, there were also clear warnings to Prime Minister Boris Johnson.

EU Commission President Ursula von der Leyen has warned Great Britain against violations of the trade agreement concluded after Brexit. “The agreement comes with real teeth,” she said in the European Parliament’s debate on the adoption of the agreement. The EU has the option of imposing “unilateral corrective measures” such as punitive tariffs. “We do not want to use these tools, but we will not hesitate to do so if necessary.”

The French government also threatened London with “retaliation” if the agreements on fishing rights for EU fishermen in British waters were not complied with. European Secretary of State Clément Beaune said on the broadcaster BFM Business that Great Britain would otherwise not receive any concessions for its important financial industry to access the European continent.

“We know from experience that the British Conservatives will use every opportunity to evade legal obligations,” said Left Co-parliamentary group leader Martin Schirdewan. Then the EU should take action “with all consistency”.