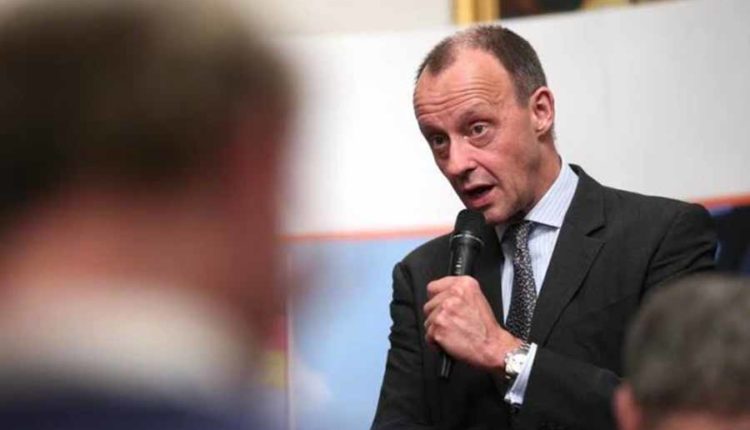 The CDU must not measure itself against the AfD or the Left Party, demands candidate Friedrich Merz. He wanted to move the party “back to the centre”.

The CDU presidential candidate Friedrich Merz has denied that he wants to move the party further to the right. “There is no one in the CDU who wants the party to be shifted to the right,” said Merz in the daily ARD topics. Rather, he wanted the party to move “back to the centre”. There used to be the party’s regular voters, who were, unfortunately, “lost”.

He stands for the CDU broadening its spectrum again, said Merz. It must win back both liberal and conservative voters. It also had to become more attractive to young people. “This is not a shift to the right,” said Merz. The CDU must rather find its course again. It should not measure itself against the AfD or the Left Party if it wanted to “survive as a large People’s Party”.

Merz had officially announced his candidacy for the successor of CDU leader Annegret Kramp-Karrenbauer on Tuesday, as had the North Rhine-Westphalian Prime Minister Armin Laschet. Another applicant is the former Federal Minister for the Environment, Norbert Röttgen.

Laschet spoke out against a change of direction by the CDU. “I do everything that does not happen,” he said on the ZDF program Was now. “I want the CDU to remain in the centre of the People’s Party.” Röttgen advocated a systematic fight against right-wing extremism and right-wing populism by the federal government.
In the press conference to announce his application, Merz said that he wanted to win back former CDU voters from the AfD – for example by taking a firm stand against illegal migration. When asked whether he wanted to combat the growing right-wing radicalism with issues such as border controls and clan crime, he replied “yes”.