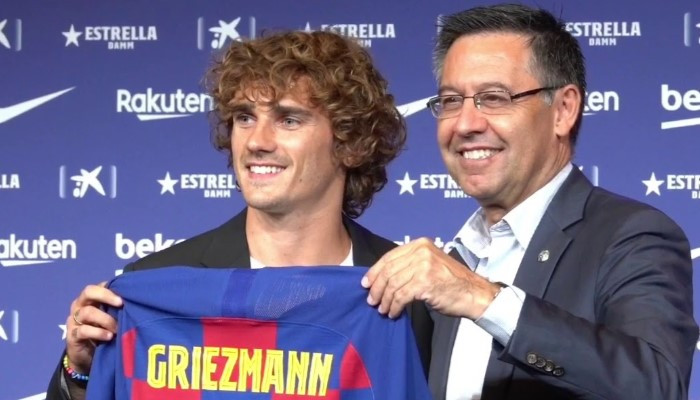 Griezmann With Back Number 17 At Barcelona

Griezmann with Back number 17 at Barcelona. Antoine Griezmann will be the official FC Barcelona player from Sunday.

The Frenchman signed a five-year contract in stadium Camp Nou and posed in the shirt with back number 17.

The 28-year-old attacker announced that he would go with Barça for the three big prizes:

the national championship, the Spanish Cup and the Champions League.

“I miss the latter most”, said Griezmann.

He came for 107 million pounds from Atlético Madrid,

where he played five seasons and in 2016 lost the final of the Champions League to Real Madrid.

The international won the world cup last year with France and the Europa League with Atlético.

A lump sum payment of 719 million pounds is included in his contract.

He also said he was looking forward to playing with Lionel Messi.

“It will be very nice to stand next to him.”