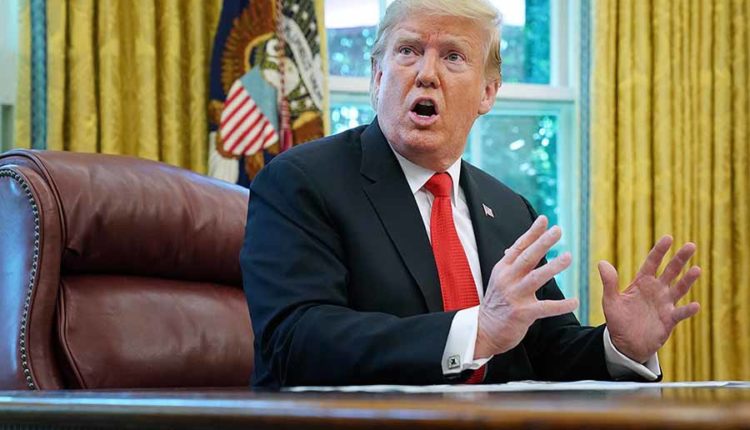 The US President had rejected the rape allegation of the author E. Jean Carroll. In the process of their defamation, the judiciary is on Trump’s side.
In the trial of the defamation suit brought by the author E. Jean Carroll, who accuses US President Donald Trump of raping her in a New York department store in the mid-1990s, the US Department of Justice wants to replace Trump’s private lawyers with state lawyers. In a motion filed Tuesday with a court in New York City, the department argued that Trump acted as president in denying Carroll’s allegations. Therefore, under a law on the accountability of government employees, the United States would have to step in as the defendant for Trump as a private person.

The move is “very unusual,” writes the New York Times. However, the law grants government employees immunity from most defamation suits. In particular for actions taken before his term in office. Carroll’s attorney criticized the motion as “an unprecedented attempt to use the power of the US government to evade responsibility for private misconduct”.

NBC makes the television version of The Bone Collector

Trump had said in an interview about Carroll’s allegations that first, she was “not his type” and secondly that never happened. Carroll then sued because Trump portrayed and slandered her as a liar. Among other things, she asked for a DNA sample from Trump to match it with the traces of a dress that she wore that day.

Carroll, who long wrote a column in Elle magazine, is one of at least 16 women accusing Trump of sexual misconduct prior to his tenure as US president. Trump denies all allegations.