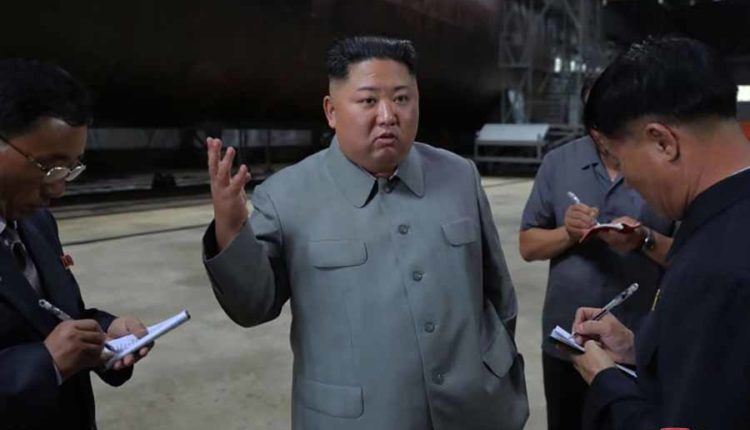 The tests of a “tactical missile of a new type” have personally organized the North Korean rulers. They are an answer to threats from the South.

North Korea’s ruler Kim Jong Un has defended his recent missile tests and referred to South Korea as a warning. His country has no choice but to develop “incessantly overpowering weapons systems” to counter the “potential and direct threats” from the South, the state news agency KCNA quoted the head of state.

‘US Ministry of Finance hacked by Russian state…

North Korea had fired two short-range missiles the day before, according to the South Korean military. The projectiles flew about 430 kilometres and then crashed into the sea. The action was criticized internationally. It was the first weapons test since the meeting of US President Donald Trump with ruler Kim Jong Un in June. In May, Kim fired short-range missiles and smaller missiles on two days.

Kim oversaw the new missile test himself, according to the state media. He personally “organized and guided” the firing of the “novel tactical missile”, KCNA wrote. The test was intended as a “warning” to the South Korean “warmongers”. Although the Seoul government is talking about peace, at the same time it imports new weapons and holds military exercises.

The missile launch had sparked doubts about the planned disarmament talks between the US and North Korea. Mike Pompeo US Secretary of State, however, told Fox News that evening that many states were trying to impress before sitting down at the negotiating table. He remained optimistic and was convinced that a diplomatic agreement would be found.