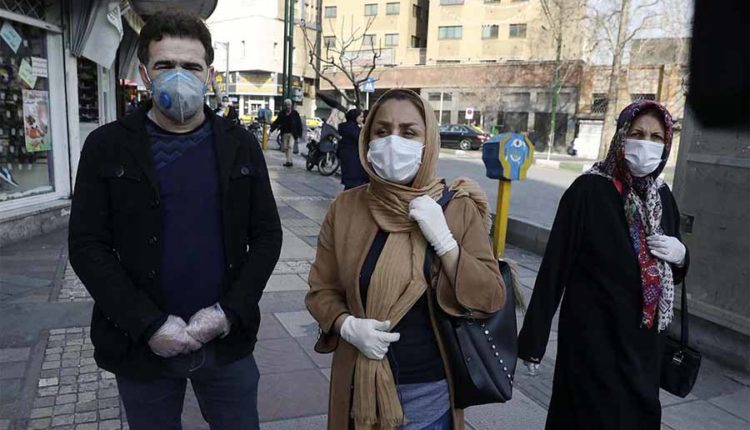 The coronavirus spreads from Iran to the Middle East. The neighbours of the Islamic Republic have closed their borders. Tehran’s statements are distrusted.
Iran’s Deputy Health Minister Iraj Harirchi was sweating. He kept taking off his glasses and wiping his face with a handkerchief at the joint press conference with government spokesman Ali Rabiei. A few hours later, the cabinet member announced in a short selfie video that he had contracted the coronavirus. “This is a democratic virus. It makes no distinction between rich and poor, between powerful and powerless. It could infect a lot of people,” he said in a husky voice.

The day before, Harirchi had outragedly rejected allegations by Ahmad Farahani from Qom that the Islamic Republic was lying to the population and played down the crisis. Shortly afterwards, critic Farahani met the same fate. He had to go to the hospital with a high fever. The colleagues immediately had his chair in the Tehran parliament thoroughly disinfected. Iranian Vice President Massumeh Ebtekar has also tested positive for the coronavirus. According to the state news agency IRNA on Thursday, the 59-year-old is currently at home under medical supervision.
Officially, 26 people have died of the coronavirus in Iran, the second-highest number worldwide after China. 245 people are in the intensive care unit, most of them in the pilgrimage town of Qom, whose central cemetery has recently been expanded to include 2,000 graves for emergency times. International experts suspect that Tehran has covered up the extent of the epidemic in their own country for weeks and is, therefore, playing a key role in the spread of the coronavirus in the Middle East.