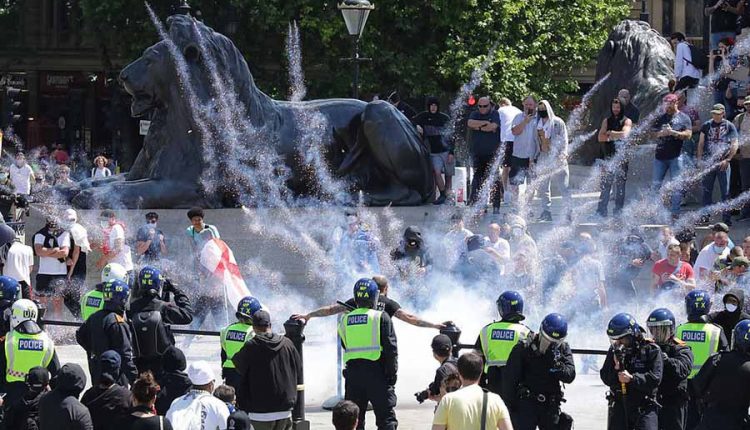 In London, despite warnings from local authorities to stay mainly home, thousands of people are participating in protests. These are anti-racism protesters, but also people who say they want to protect statues, including hooligans and far-right groups.

There are also thousands of protesters in Paris against police brutality and racism. The protest at Place de la République has also attracted right-wing extremist protesters who tried to hang a large banner against “anti-white racism” on a building. Police have surrounded the square and shot tear gas, reports Reuters news agency. According to the Paris newspaper Le Parisien, the demonstration is quiet except for some skirmishes.

In London’s Trafalgar Square, the police keep groups apart. Their fireworks were lit and thrown with bottles and cans. The police intervened with horses, among other things. Meanwhile, harmony has come back to the square.

In and around Parliament Square, hundreds of people have gathered in football shirts. They shout “England, England” and sang the British national anthem near the statue of former Prime Minister Winston Churchill. His statue is wrapped with plates to protect it from activists.

Right-wing protesters and hooligans say they came to London to “protect monuments.” Protests are also going on in Whitehall, which is sometimes restless.