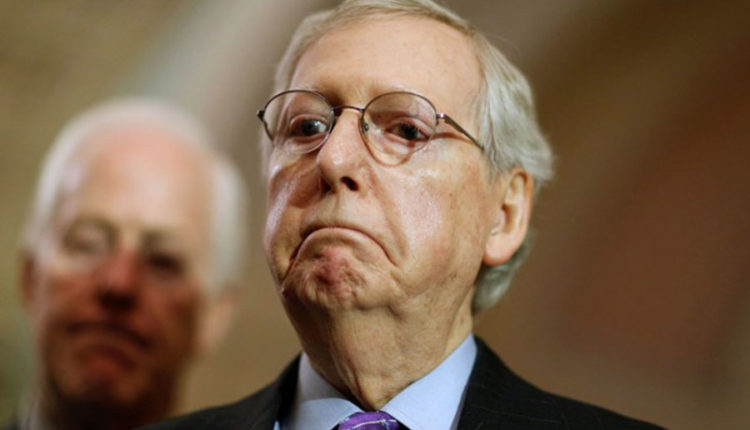 The Senate Majority Leader wants to undermine any Democratic campaign for impeachment. However, Republicans criticize Trump’s Ukraine affair.
Senate Republican Senate Majority Leader Mitch McConnell, in a campaign video for his state of Kentucky, is campaigning to block an impeachment of Donald Trump in the Senate. Under his leadership, the chamber would not allow that, he said in the video. McConnell will stand next year as a senator for re-election, thereby promoting his close ties to the US president.

Singer Maan expresses her gratitude for fans: ‘So…

In the video, McConnell points to the constitution that the House approved accusations against the President must be passed to the Senate for thought. The so-called impeachment would be stopped at the latest with a “Senate majority with me as a majority leader,” he said. However, even senior Republicans support an investigation into a possible impeachment procedure.
At the centre of the preliminary investigations into impeachment Trump is his phone call with his Ukrainian counterpart Volodymyr Selenskyj in the summer. In the conversation, the US president asked him to investigate unsubstantiated allegations that Joe Biden and his son Hunter were involved in corrupt machinations in Ukraine.