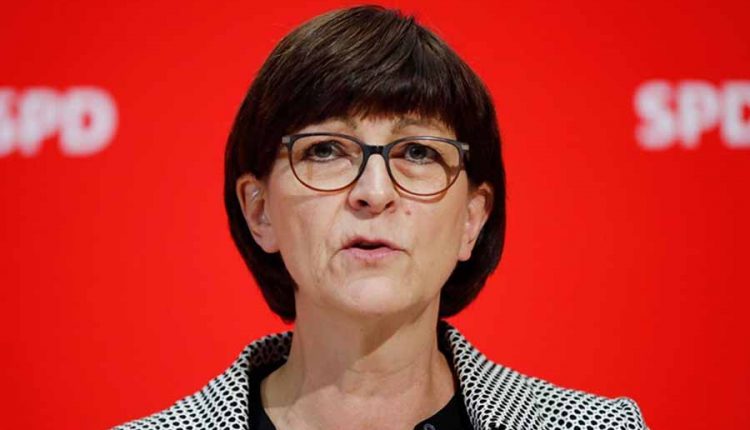 According to the SPD leader, one-off payment for particularly wealthy people could help to cope with the financial consequences of the corona epidemic. The FDP is outraged.
SPD chairwoman Saskia Esken has proposed a one-time levy to alleviate the costs of the coronavirus epidemic in Germany.

“We will need a fair burden-sharing – and that can only look for the SPD that the strong shoulders in Germany are also heavily involved,” she told the Stuttgarter Zeitung and the Stuttgarter Nachrichten. She considered a one-off levy on wealth to be one of the ways to get public finances in order after the crisis.

Article 106 of the Basic Law expressly speaks of “one-off property levies” without, however, is further defined.
In doing so, Esken takes up a proposal from the left. Party leader Bernd Riexinger said on Monday that assets from one million euros should be burdened with a one-off levy of five percent.

Left-wing faction leader Dietmar Bartsch had already asked for such a levy of assets a few days ago. The Basic Law provides for such a means in Article 106. A one-time so-called corona levy on large private assets is required.

Article 106 of the Basic Law expressly speaks of “one-off property levies” without, however, is further defined.