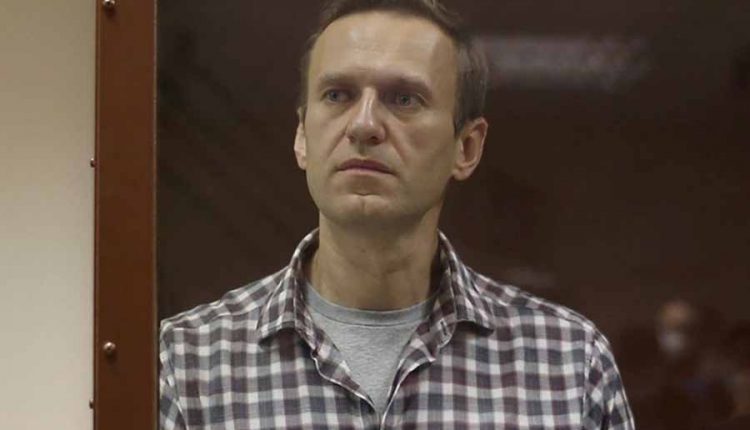 Concern for Alexej Navalny’s life grows. Russian authorities are threatening to classify its supporters as extremists – they are now calling for new protests.
It’s back, the fear for Alexej Navalny’s life. Like eight months ago, when he was poisoned with Novichok on an election campaign tour in Siberia, he was flown to Berlin and struggled with death for weeks. “Alexej is dying,” wrote his press spokeswoman Kira Jarmysch on social media these days.

“It’s as if I were suddenly sitting on that plane again,” said Jarmysch, who accompanied Navalny on the flight when he was getting worse and worse, and he collapsed in the airport toilet. “Only this time, the landing is taking place very slowly.”

Since February, Navalny has been serving a multi-year prison sentence, to which he was sentenced on his return to Russia. At the weekend, alarming laboratory values ​​of the 44-year-old came to light: elevated potassium levels, possible kidney failure, danger to life. Navalny was transferred on Monday, but not to a civilian hospital, but the infirmary of another penal colony. An admission that Navalny is really bad?

It is precisely this scenario that many have warned about: Navalny’s health is deteriorating, and he dies under mysterious circumstances, such as the Russian lawyer Sergei Magnitsky, who died in Russian custody in 2009. Navalny was relocated to a notorious “torture colony” of all places is not exactly a confidence-building measure. In an official statement, the prison authorities described Nawalny’s state of health as “satisfactory”. His lawyer reported that Navalny is said to be in a single room in the tuberculosis ward. Navalny spoke up on Instagram. He felt better again, but he was now so thin that he was only “a walking skeleton” and could “scare children” who refuse to finish their porridge.