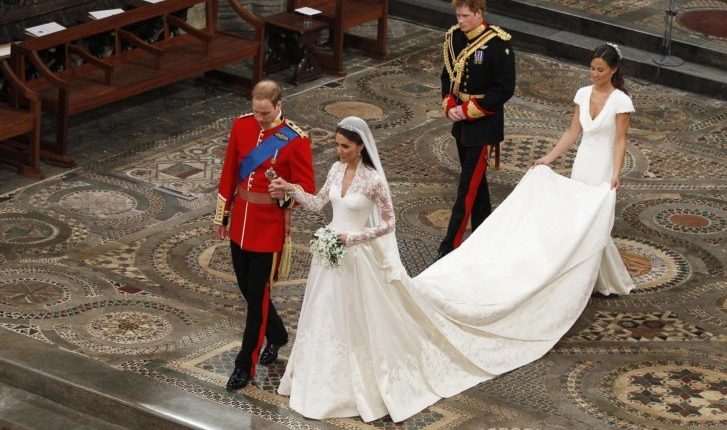 Marriage, being a common norm in every culture is commemorated in every part of the world. Being the beginning of happy life for the couple, it is celebrated with family and friends to get some good wishes.

However, in this article, we would focus on the traditions of a British wedding specifically.

1- Propose your love
Starting with the most initial requirement, the groom-to-be officially needs to tell the bride-to-be that he wants to marry her. This is kind of a verbal contract between the two that they are binding each other to live together forever in the future.

The groom-to-be could offer a flower or a ring as a gift. The most common way to propose in the United Kingdom is that the groom-to-be bends down on his knees asking the question, ‘Will you marry me?’ and so if the answer by the bride-to-be is positive, their contract is created.

2- Get engaged
After proposal comes to the engagement ceremony, i.e. a promise of becoming each other’s soul mate. This takes place couple of weeks or months before the wedding.

The groom-to-be is called fiancé while the bride-to-be is called a fiancée. The fiancé presents a ring to fiancée that is worn in the third left finger being a traditional British belief that the finger directly links to the heart.

3- Banns of marriage
Once the engagement is done, and the wedding dates are finalized, the ‘Banns’ are announced. The word Banns means to summon. The word is spread among the community through local church or registry office that the couple would be getting married.

The purpose of Banns of marriage is to make a marriage between the two legal, i.e. there is no objection with anyone related to the wedding of the two.

4- The wedding ceremony
Finally comes the day when both the bride’s and the groom’s loved ones sit together under a single roof and see them say their vows. A celebrant is a person who performs the wedding rites e.g. a priest.

The vows usually include the traditional wording of love and affection between the two forever while nowadays, people have added some love poems or a song lyrics on their vows to make it more interesting.

After saying the vows, the groom puts a gold ring on the bride’s third finger followed by their first wedding kiss. One specified person is assigned from each side to give the wedding speech about the good times they had and the good qualities of the bride and the groom.

5- Time to mingle
Once the vows are said, and the marriage becomes officially legal comes the time when both the families socialize with each other like the mother of the bride and groom getting the chance to meet the guests from each side of the family.

The guests are served with delicious feasts and drinks to enjoy and celebrate the marriage. Couple’s most favourite song is usually played while they start dancing on the floor. One tradition includes the bride’s father dancing with his daughter and hands over her hand to the groom.

6- Enjoy the feast
Followed by the wedding ceremony is the reception. The guests are offered drinks along with some mouthwatering breakfast decided by the bride and the groom’s family as the main menu.

Once everyone is done with the breakfast, the cake cutting ceremony takes place. The cake is usually three-layered which is then distributed among the guests to enjoy.

Although, attending a wedding ceremony is a wonderful experience, the main purpose of the whole function is to wish the bride and the groom a happy life ever after.