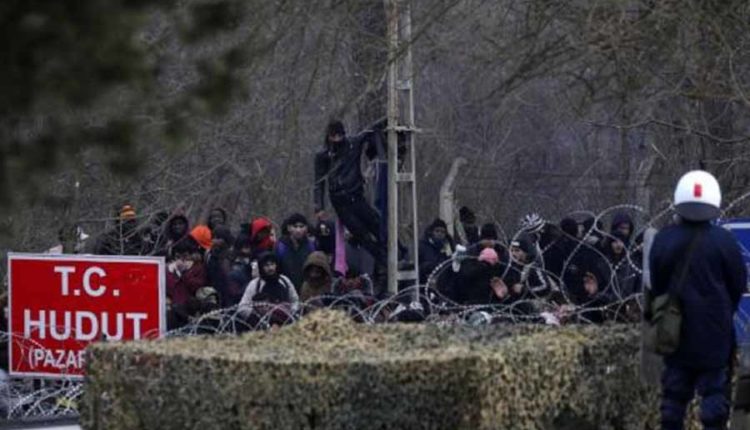 Thousands of people have stayed at the Turkish-Greek border. According to the Turkish government, numerous other migrants are on their way to the border region.
According to the UN Organization for Migration (IOM), more than 13,000 migrants have arrived at the border with Greece after Turkey’s opening of its borders towards the EU. IOM said that thousands of people, including families with young children, had spent a cold night at the border.

The IOM operations manager in Turkey, Lado Gvilava, said: “The number of migrants moving through Edirne towards the border increased during the day as cars, taxis and buses arrived from Istanbul.” Most of those who are on the move are men. “But we also see a lot of families travelling with young children.” The organization distributes food and supplies. At night the temperatures dropped to almost zero degrees, and the wind was pretty strong.

According to the Turkish Minister of the Interior, Süleyman Soylu, more than 75,000 migrants in Turkey should have left for the Edirne border region by Sunday morning. Specifically, the politician on Twitter claimed that 76,358 people had headed towards Edirne. In the province of Edirne, there are border crossings to Greece and Bulgaria.

EU Commission President Ursula von der Leyen said that she was “watching with concern” the situation at the EU borders with Turkey. “At this stage, our top priority is to ensure that Greece and Bulgaria have our full support,” she wrote on Twitter.