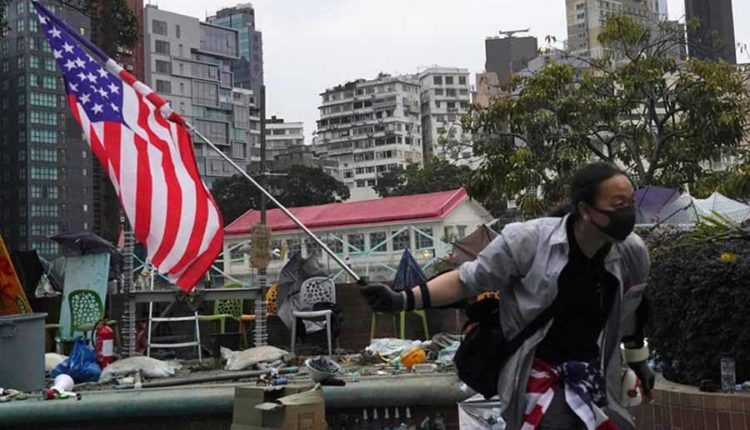 The vote was unanimous: The US Senate has passed a “Human Rights and Democracy Decree” on the protests in Hong Kong. In Beijing, that was not good at all.

The US President considers the topic remarkably overcast. But at least the United States Parliament is sending a clear signal to the demonstrators in Hong Kong. According to the US House of Representatives, the Senate has also passed bills in support of the local democracy movement.

The Senators unanimously passed a “Human Rights and Democracy Decree” on Tuesday evening (local time). Among other things, it provides for President Donald Trump to impose sanctions on individuals responsible for serious human rights violations in Hong Kong. The Senate also unanimously passed a bill banning the export of tear gas, rubber bullets, water cannons and handcuffs to Hong Kong police, among others.

Already last month, the US House of Representatives passed a “Human Rights and Democracy Decree” on Hong Kong, which also provides for sanctions for human rights abuses. The adoption of the bill in the US House of Representatives triggered great tensions between China and the US. With the vote, they supported “the anti-Chinese troublemakers in Hong Kong,” said the tenor.

South American countries divided over the alleged coup in Bolivia